Philanthropy—which literally means ‘love of mankind’—is seen as a way of participating directly in solving society’s ills and needs. Philanthropy is a very personal response to public problems from all sectors of society.

With support from The Ireland Funds, we have built something that will transform the accessibility and transparency of a sector that has, until now, been hidden in plain view. We present the maximum amount of available data in a neutral and impartial way to support better-informed decisions [and] to help build public trust.

In 2016, a new tool was unveiled in Ireland to further the culture of philanthropy and increase transparency and trust in the nonprofit sector.

Benefacts is a website that provides up-to-date detailed financial and governance data on nonprofits in Ireland. The initiative is being funded in a partnership between the Department of Public Expenditure and Reform, the Atlantic Philanthropies and The Ireland Funds.

With over 18,000 organizations in the database, Benefacts makes data available to support better-informed decisions—whether by nonprofits or their funders, policy-makers, prospective donors or volunteers or indeed anyone with an interest in data for social good.

The contents are drawn from nine regulatory sources including filings by nonprofit companies with the Companies Registration Office. The public are not the only users of the database: Benefacts makes data available in customized formats to a range of other end-users, in the nonprofit sector itself, and among its funders and donors including government. Social entrepreneurs, analysts and researchers also benefit from access to a database which is maintained up-to-date and which, over time, will become the authoritative source of trusted, impartial information about the entire population of nonprofits operating in Ireland.

Benefacts is itself an independent, non-governmental organization. They believe that by making data about nonprofits more accessible they serve the interests both of citizens and of citizen-led organizations. Benefacts does not represent any sectoral interest, or have any regulatory powers or responsibilities.

Until now, gathering data to support decision-making in the nonprofit sector has been a time-consuming and costly process – whether for nonprofit directors and managers, public officials, donors or researchers. For the first time, Benefacts will provide the data to support comparative and trend analysis nationally and internationally, and will enable anyone interested in this sector to understand its scale and profile in comparison with other significant sectors in the Irish economy. 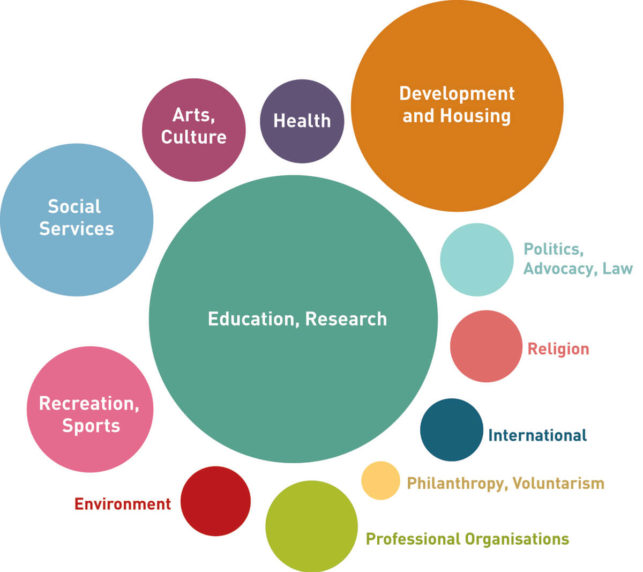 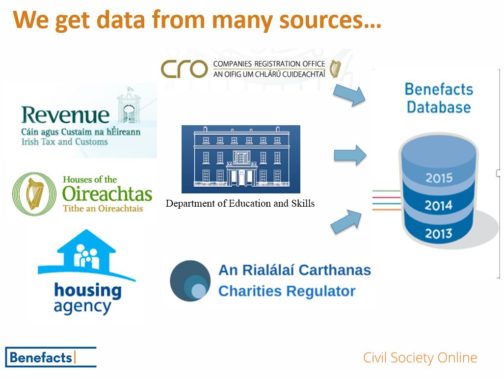