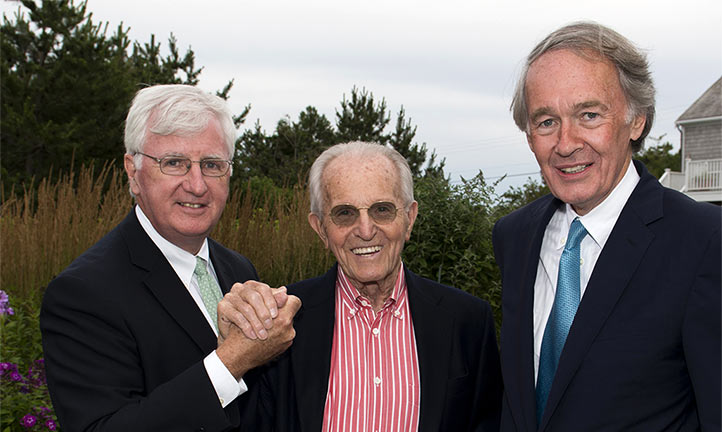 The Ireland Funds America is deeply saddened to share news of the passing of our Board Director John “Jack” Dunfey.

Jack and the entire Dunfey family have been longtime supporters of The Ireland Funds since its inception. Jack participated in the brainstorming sessions between our co-founders Dan Rooney and Tony O’Reilly which gave birth to The Ireland Funds. He and his brothers Walter and Bob not only supported the mission of The Ireland Funds in its earliest days, but were recognized as bridge-builders and advocates of cross-community dialogue during the intense days of the Troubles in Northern Ireland. Later, Jack and Bob were invited to accompany John Hume and David Trimble to Oslo when they received the Nobel Peace Prize in 1994.

Jack and the Dunfey family founded The New England Circle in 1974 – now known as The Global Citizens Circle – to gather diverse voices on critical issues with the goals of “constructive change in ourselves, our nation, and our world.” That spirit informed Jack’s dedication to The Ireland Funds and his often behind-the-scenes work in support of the Northern Ireland peace process.

Jack was truly part of the fabric of The Ireland Funds. He will be deeply missed and our thoughts are with the entire Dunfey family at this time.