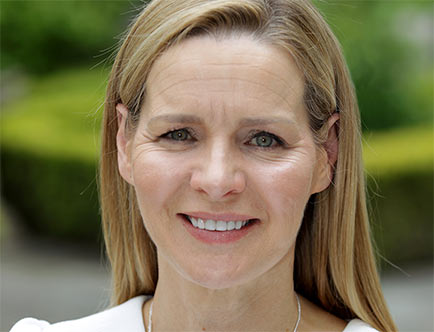 Friday 29 May 2020, NEW YORK: The Board of Directors of The Ireland Funds America is pleased to announce the appointment of Caitriona Fottrell to the role of President & CEO, replacing David Cronin who is stepping down to re-locate to Ireland and pursue other opportunities.

Caitriona is the current Vice President of The Ireland Funds and has worked with the organization continuously since 1993. She will commence her new role on June 30th.

Caitriona is a highly experienced and a well-regarded leader in the philanthropy sector raising support for over 3,000 charitable organizations across Ireland in her current role. She served for several years in the Boston office as Director of Development. She is also a Director of Social Innovation Fund Ireland.

“It has been a pleasure to contribute to the success of this great organization and ensure that it stands ready to support so many deserving charities in the challenging times ahead,” said David Cronin. “I thank our Chairman Gene McQuade and the Board for their understanding of my family’s decision to return to Ireland from New York. I look forward to working with the Board and Caitriona in the months ahead to ensure a smooth transition and continued success.”

On her appointment, Caitriona Fottrell commented:  “The mission of The Ireland Funds is particularly critical at this time and I look forward to working with our donors and colleagues to support the many deserving causes in Ireland and the US.”

About The Ireland Funds

The Ireland Funds is a global philanthropic network established in 1976 to promote and support peace, culture and charity throughout the island of Ireland, and Irish-related causes around the world.  With chapters in 12 countries, The Ireland Funds has raised over $600 million for nonprofit organizations in Ireland and Irish causes around the world, benefiting more than 3,200 different organizations with both financial and non-financial support. Today, The Ireland Funds is a global network of chapters that is one of the largest private grant makers for the nonprofit sector in Ireland.