A note from the Chair of The Ireland Funds Great Britain, Rory Godson 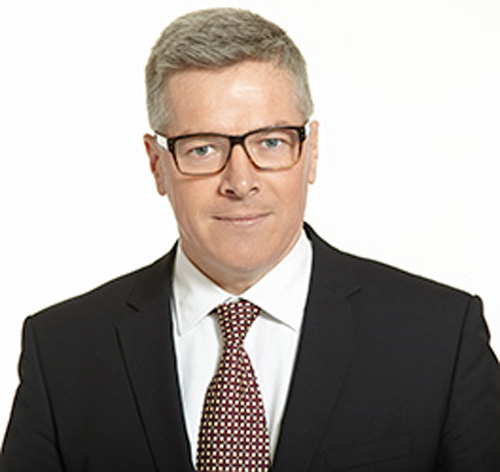 I was honoured to become Chair of The Ireland Funds Great Britain last June after five rewarding years as a trustee. I succeeded Garrett Hayes, an exceptional man, who had brought purpose and stability to our organisation.

As I wrote in the newsletter last September, the trustees and I had three aims:

We have made solid progress against all of these, helped by our outstanding Director, Katie Jemmett who has been ably supported by Cat Casey.

In the first instance, we have been joined by four new trustees: Brian Dickie, John Feeney, Conor Hillery, and Dr. Declan Tiernan.

More trustees means more people to carry the load: working for the funds, attending meetings, buying and selling tables! A lighter load means we get more done. In addition, a larger group of trustees gives us more ambassadors for The Ireland Funds and increases our reach and influence.

Our last three major events have been outstanding. The 30th Anniversary Dinner last November honoured three great representatives of Ireland: Sean Mulryan, founder of Ballymore, Tony O’Reilly, co-founder of The Ireland Funds, and Mary Robinson, former President of Ireland. The event sold out rapidly and was a commercial and critical success.

In February, HE Adrian O’Neill, Irish Ambassador, hosted an intimate dinner at the Irish Embassy for our trustees and key supporters. He gave a hugely insightful talk on the state of the British-Irish-European relationships. The ongoing support of the Irish government is much appreciated by trustees and we hope that it reflects on the enormous contribution made by our supporters.

The most recent event was the annual London City Lunch on May 10 which returned to the Mansion House, by kind permission of the Lord Mayor of London. Simon Coveney TD, Minister for Foreign Affairs and Trade and Tánaiste was an obvious draw in this year of Brexit. He was generous, charming and impressive. For the second year, we were sponsored by McCann Fitzgerald which has agreed to support us until at least 2021. The City Lunch Committee, chaired by Emily Bohill, our trustee, sold the tables quickly and well. Emily and Caitriona Fottrell, executive director at our Dublin office, led the charge in calling for pledges. Our profit on the event was £100,000.

In terms of deepening our supporter pool, we have had excellent feedback from all these events. Katie has followed up with attendees and donors and the foundations for the organisation are substantially strengthened. I am confident that the larger trustee group will increase our access to potential supporters and help us grow our income for good causes.

In the coming year, we will work to refine our offer to supporters so that there is a deeper understanding of our twin tracks: raising money directly for good causes and also helping our supporters to direct their support to their chosen causes through Donor Advised Grants. For example, in the final quarter of the year to March 31, eight Donor Advised Grants totally £215,000 were made through the IFGB. Total grants made in the last financial year were in excess of £1.2m.

On behalf of all the trustees, I want to pay tribute to the tremendous contribution of Katie, our Director. Katie is expecting her first baby in early July– and her second baby a few minutes later. That’s right: twins! She will take maternity leave, a first for the IFGB office. Catherina Casey will do the Director’s work during Katie’s absence. Gemma Moynihan has recently joined the office on a fulltime basis and is most welcome.