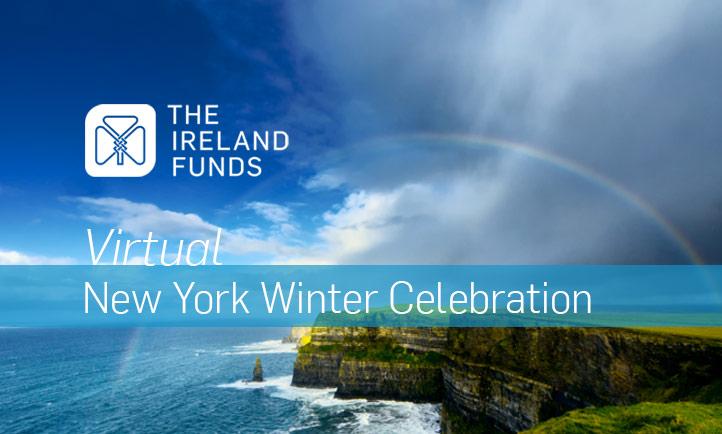 The Virtual New York Winter Celebration was a wonderful gathering of The Ireland Funds’ community of friends and family.

Michael received The Ireland Funds’ Humanitarian Award in recognition of his business acumen, philanthropic generosity and his role as one of healthcare’s most influential voices at the epicenter of the COVID-19 pandemic.

Most importantly, the impact, stories and messages of gratitude from projects on the frontlines in Ireland, were shared.

Thanks our friends and donors, we reached our ambitious target of $2 million from our virtual events in New York, Boston, Chicago and San Francisco. This magnificent result is testament to the strength of our community and friends who year after year, have stood by The Ireland Funds even in the most challenging of times. In doing so, our donors truly strengthened The Ireland Funds’ work in delivering critical services to communities in need across the island of Ireland.

This special virtual gathering would not have been possible without the generosity of our sponsors, and we are especially grateful to our event Co-Chairs: Gene McQuade, Shaun Kelly, Loretta Brennan Glucksman and John Fitzpatrick, and to our Chairman’s Committee whose steadfast commitment and dedication to our mission ensured the success of our first ever virtual New York Winter Celebration.

Director, Office of the CEO 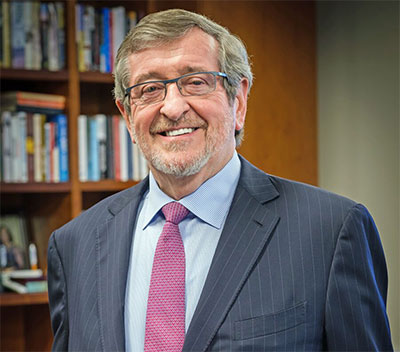 As President and CEO of Northwell Health, Michael leads a clinical, academic and research enterprise with a workforce of more than 74,000 and annual revenue of $13.5 billion. Northwell is the largest health care provider and private employer in New York State, caring for more than two million people annually through a vast network of nearly 800 outpatient facilities, including 220 primary care practices, 52 urgent care centers, home care, rehabilitation and end-of-life programs, and 23 hospitals.

We hope you will join us on December 1st as we pay tribute to Michael Dowling for his outstanding leadership during the COVID-19 pandemic and enjoy an entertaining Irish program featuring musical performances, special guest appearances and messages from our grantees who are providing key services on the frontlines in Ireland.

Despite the challenges posed by COVID-19, The Ireland Funds has remained true to its mission in delivering philanthropic support to communities in crisis.

As the pandemic took hold in Ireland this spring, our COVID-19 Response Fund made quick and impactful grants to frontline organizations in the areas of food poverty, domestic violence & child abuse, elderly services, disability support, access to education and mental health.

Thanks to the response of our donors, we have been able to intervene on the frontlines by supporting projects that are ensuring the delivery of key services to thousands of people across Ireland and Northern Ireland.