San Diego Leadership Forum with H.E. Michael Collins, Ireland’s Ambassador to the US 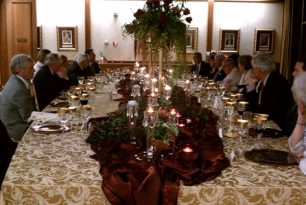 1 Supporters of The American Ireland Fund gathered to welcome H.E. Michael Collins, Ireland's Ambassador to the US, to San Diego.

Hosted at the headquarters at the Union Tribune offices by the newspaper’s investor, John Lynch, the San Diego chapter welcomed Ireland’s Ambassador to the US, H.E. Michael Collins, to the city, accompanied by his wife, Marie and Ireland’s Consul General, Gerry Staunton.

The Ambassador provided an in-depth overview of Ireland’s current circumstances.  He said Ireland would be the “comeback kid” of Western nations and was trading its way back to prosperity.  Kieran McLoughlin said that the response of the Fund to Ireland’s challenges was its Promising Ireland campaign.  He reported on its progress and impact.

John Lynch and fellow AIF director, Dan Mulvihill reaffirmed the commitment of the San Diego chapter to assisting Ireland at this time.  Unique features of the event included a tour of the Union Tribune premises and music provided by Mike Reidy and brothers, Noel and Bill Hall. 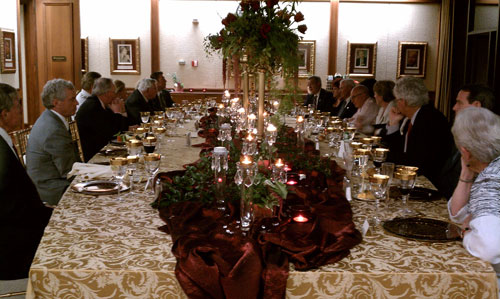 1 Supporters of The American Ireland Fund gathered to welcome H.E. Michael Collins, Ireland's Ambassador to the US, to San Diego.