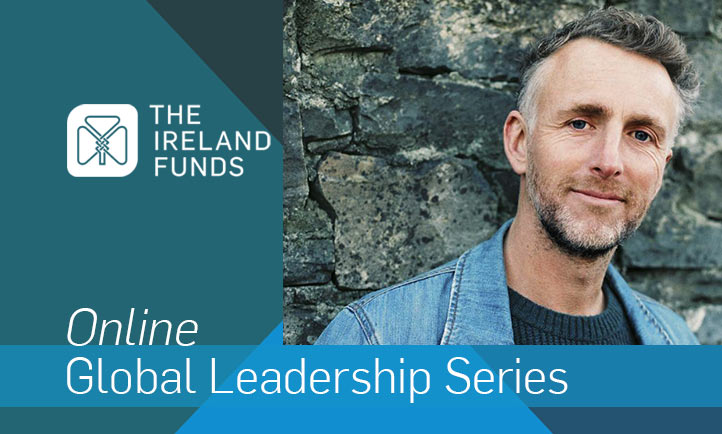 The Ireland Funds was delighted to host Ruairí McKiernan on January 20, 2021 as part of its ongoing Leadership Series.

Ruairí McKiernan is an award-winning social innovator, author, podcast host and campaigner on health and social issues. Originally from Cootehill, County Cavan, he has been named by Ashoka as one of Ireland’s leading changemakers. He founded the pioneering SpunOut.ie national youth organisation back in 2005 and since then has founded and co-founded numerous social and community-related ventures.

A business graduate and Fulbright scholar, he served as one of President Higgins’ appointees to the Council of State between 2012-2019. Ruairí is the author of Hitching for Hope – A Journey into the Heart and Soul of Ireland which was released in 2020 and became an instant Irish Times No.1 bestseller. He is also the host of the Love and Courage podcast and the Creative Souls of Clare podcast and a regular contributor to the national media.

Ruairí is married to Susan Quirke, a meditation teacher, and singer, songwriter, and musician. They live by the sea in Lahinch, County Clare.