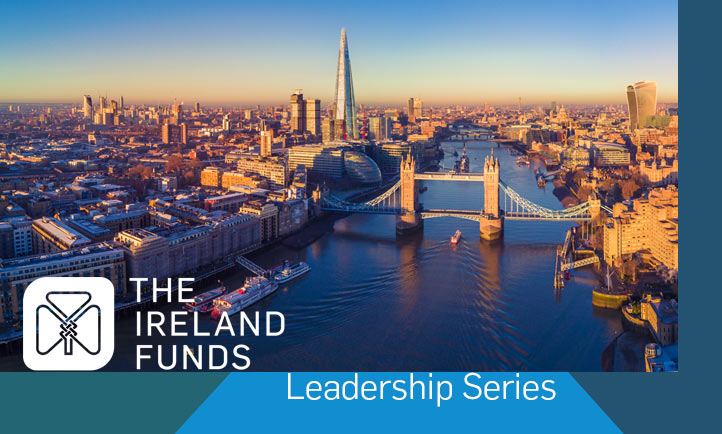 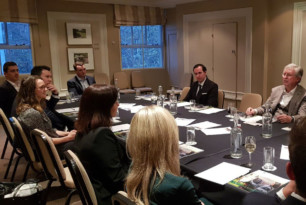 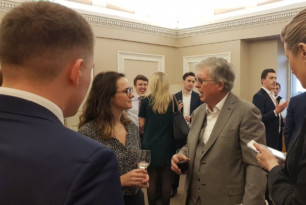 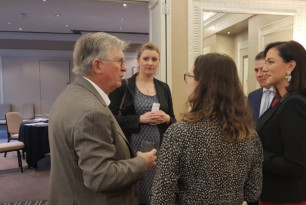 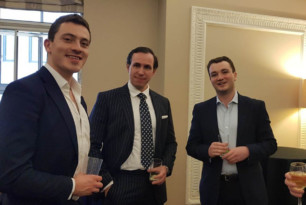 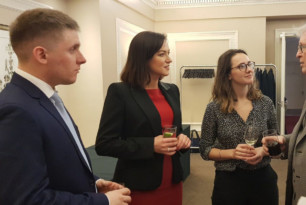 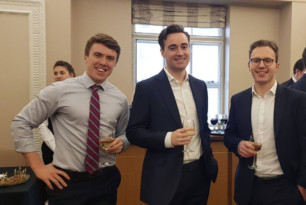 Straight-talking businessman John Griffin, founder of Addison Lee, a company he grew to become one of London’s most identifiable brands, joined us on the 17th April at the Lansdowne club in Mayfair, to share his story and insights with our Young Leaders.

Mr. Griffin, 76, started his business with one car in 1975 and sold it in 2013 for £300 million. During the course of the one-hour session, he repeated his belief in hard-work, being alert to opportunities to win business, being self-disciplined, believing in one’s self and the benefits of loving what you do, as being key components in achieving long-term success. However, Mr. Griffin also cautioned the Young Leaders to keep family as a priority in life.

When asked if he was now retired, he replied emphatically that he planned to “keep going until he drops!” An active philanthropist, he explained that The John Griffin Foundation has committed £10 million to building an extension to the Northwick Park Institute for Medical Research in north London. The centre is leading the way in regenerative medicine, specifically around the development of natural tissue scaffolds to replace surgically removed or traumatised tissues. In addition, he is an Investor in the Royal Mint Gardens Development in London.

As the session concluded with some refreshments, we were left with an indelible sense that John Griffin’s work is far from done.

Light refreshments will be provided

We are delighted to be joined by straight-talking entrepreneur and philanthropist, John Griffin, for the next session in our Young Leaders’ Global Leadership Series. 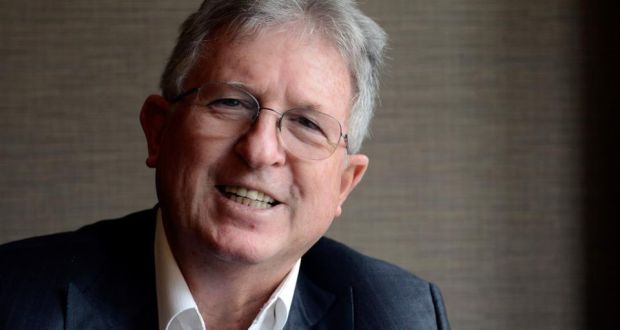 John Griffin started his career with the ambition of becoming an accountant. However when his father’s business ran into trouble, he left his accountancy training to assist his father.  During the same period, and wanting a flexible job to generate some extra income, Griffin started working as a minicab driver, eventually deciding to move on from driving minicabs to setting up a minicab business of his own.

He founded Addison Lee in 1975 and grew it to become a hugely successful multi-million pound business and achieved some notoriety for his straight-talking style and unconventional approach. In 2014, he stepped down as Chairman of Addison Lee having made a reputed £300m deal with the Carlyle Group who purchased a majority stake in the company.

Today, John continues to pursue other business interests, is one of the top 20 funders of the Conservative party and is an active philanthropist.