Great Britain – An evening with Royal Irish Academy of Music 2021 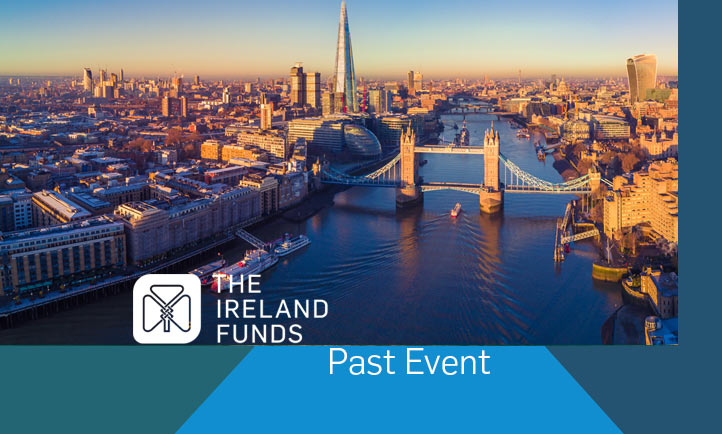 The Ireland Funds Great Britain and The Royal Irish Academy of Music had the great pleasure of hosting a reception in the presence of guest of honour, His Excellency Mr Adrian O’Neill, Ambassador of Ireland.

The event celebrated RIAM’s return to London. RIAM Director, Deborah Kelleher, shared exciting updates on the Academy’s redevelopment project in Ireland. This capital campaign has impressively raised the largest amount of private philanthropy for arts education in the history of the State. It will represent a key cultural project for Ireland as it enters its year of centenary celebrations.

Guests were served wine and canapes in Killik & Co’s historic Music Room, created by American-born Industrialist and Philanthropist Sir Edgar Speyer who is credited as the ‘man who saved the Proms’. Speyer hosted his artistic contemporaries in this room, including Claude Debussy and Johann Strauss II.

The highlight of the evening was a moving performance by RIAM alumnus, tenor Gavan Ring, who was accompanied by Kelleher on the piano. Ring had kindly come straight from rehearsals at Glyndebourne to perform for supporters.