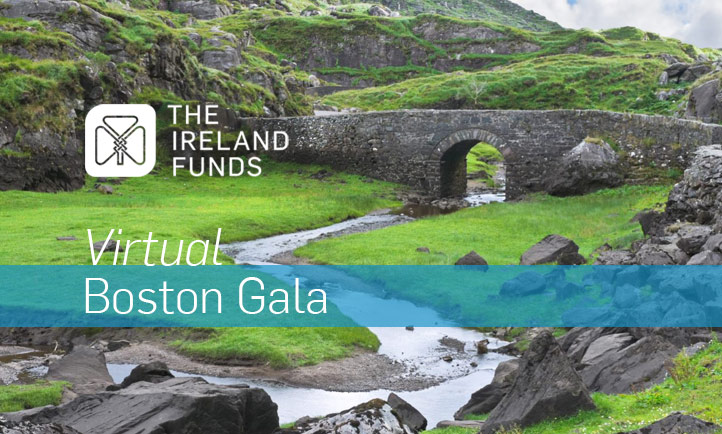 The Virtual Boston Gala was a wonderful gathering of The Ireland Funds’ community of friends and family.

During the program, tributes were paid to two of Ireland’s greatest friends and founding fathers of The Ireland Funds in Boston, Joe Corcoran and Jack Dunfey, whose generosity and leadership bettered the lives of thousands of people across Boston and the island of Ireland.

Most importantly, the impact, stories and messages of gratitude from projects on the frontlines in Ireland, were shared. This included personal messages of thanks to Steve from the Founders and CEOs of organizations funded by The Ireland Funds such as Blossom Ireland, Cuan Mhuire, Early Learning Initiative and AsIAm.

Thanks our friends and donors, we reached our ambitious target of $2 million from our virtual events in Boston, New York, Chicago and San Francisco. This magnificent result is testament to the strength of our community and friends who year after year, have stood by The Ireland Funds even in the most challenging of times. In doing so, our donors truly strengthened The Ireland Funds’ work in delivering critical services to communities in need across the island of Ireland.

This special virtual gathering would not have been possible without the generosity of our sponsors, and we are especially grateful to our Dinner Chair, Devin Condron of Morgan Stanley Private Wealth Management, and to our Dinner Committee whose steadfast commitment and dedication to our mission ensured the success of our first-ever virtual Boston Gala in the event’s 39 year history. 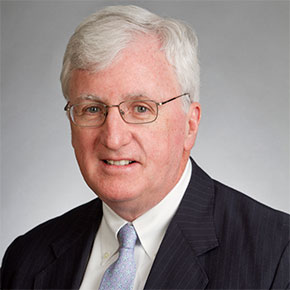 Steve’s leadership, enthusiasm and commitment have been instrumental to the success of The Ireland Funds throughout New England. We look forward to recognizing and thanking Steve for his many contributions.

We will also remember and pay tribute to two of Ireland’s greatest friends, The Ireland Funds America Board Directors Joe Corcoran and Jack Dunfey, whose leadership and generosity bettered the lives of thousands of people across New England and Ireland.

For almost 40 years, the Boston Gala has been a proud cornerstone of The Ireland Funds’ fundraising efforts and the engine behind our grantmaking. Year after year, the generosity and dedication of our Boston supporters is what makes our work possible and The Ireland Funds special. We hope you will join us on December 1st as we pay tribute to Steve Greeley and enjoy an entertaining Irish program featuring musical performances, special guest appearances and messages of thanks from our projects providing key services on the frontlines across Ireland.

Despite the challenges posed by COVID-19, The Ireland Funds has remained true to its mission in delivering philanthropic support to communities in crisis.

As the pandemic took hold in Ireland this spring, our COVID-19 Response Fund made quick and impactful grants to frontline organizations in the areas of food poverty, domestic violence & child abuse, elderly services, disability support, access to education and mental health.

Thanks to the response of our donors, we have been able to intervene on the frontlines by supporting projects that are ensuring the delivery of key services to thousands of people across Ireland and Northern Ireland.