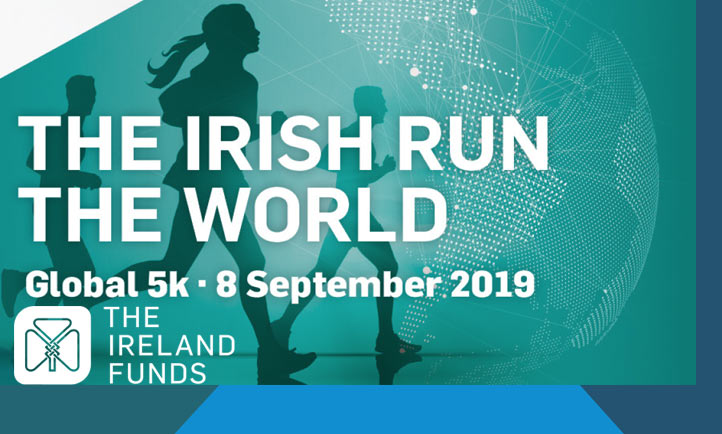 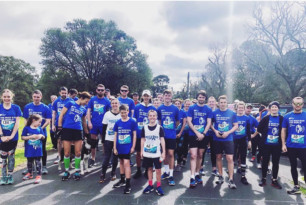 More than 180 runners joined the Melbourne leg of the Young Leaders Global 5k and although clouds were looming, the weather held out as the runners took off around the beautiful track at Yarra Bend. The annual run was extra special in 2019 as funds raised went to support ovarian cancer research at the Peter MacCallum Cancer Foundation on behalf of the Emer Casey Fun Run. Emer Casey was a young Irish woman who died of ovarian cancer at the age of 28, just 4 months after being diagnosed. Founder of the Emer Casey Fun Run, Jennifer Ring represented on the day and spoke about the legacy of Emer Casey and the passion for raising funds for this important research.

Olympic Medallist, Global 5k Ambassador, Ireland Funds Australia Board Member and Patron of the Emer Casey Foundation Sonia O’Sullivan once again joined us to kick-off the race along with her daughter Sophie O’Sullivan, who came first across the line in a time of 21.20.

The fastest male was Cillian Browne, crossing at 21:28. Our fastest junior male was Callum Grace at a time of 24:36 with Ciara Willey coming in at 25:36 for the u14 female category.

Young Leader Catherine Murphy thanked HE Ambassador Breandán Ó Caollaí, Irish Ambassador to Australia for travelling from Canberra to be a part of the day and he was there to greet people as they crossed the finish line. We also heard from Associate Professor Heather Thorne OAM from Peter Mac about the progress being made in ovarian cancer research especially in the area of developing an early detection process and how important early detection is.

The event in Melbourne was part of the 6th annual global 5k, with Ireland Funds Young Leader chapters all around the globe participating and passing the virtual baton to the next city across a weekend. The Global 5k would not have been possible without the support of sponsors including Multisport, Glen Dimplex, PJ O’Brien’s, GBST, EBM Insurance, KPMG, Celtic Club as well as prize donations from Teeling’s Whiskey.

Runners and spectators alike refuelled themselves at the post-run barbeque featuring delicacies from home, thanks to sponsor Clonakilty who volunteered their time and cooked up a storm. Runners also received goodie bags as they crossed the line, with thanks to FINEOS and Blue Dinosaur for donating the bags and inclusions. Treats from home were also abundant, with Taste Ireland providing everyone with Taytos, Club Orange and Cadbury Snacks. Our furry participants were also not forgotten, with a special prize for the cutest dog on the day thanks to DOGUE.

A special thank you also to Parks Victoria for allowing us to conduct our run in the glorious surrounds of Yarra Bend.

Thank you to all our volunteers and committee members who assisted on the day and on behalf of our committee we wish to thank all who participated in this year’s run or supported those fundraising for the event.

A very special thank you to Mary McMullan from Emer Casey for taking charge of organising the run both in advance and on the day and the rest of the helpers from the Emer Casey Fun Run. 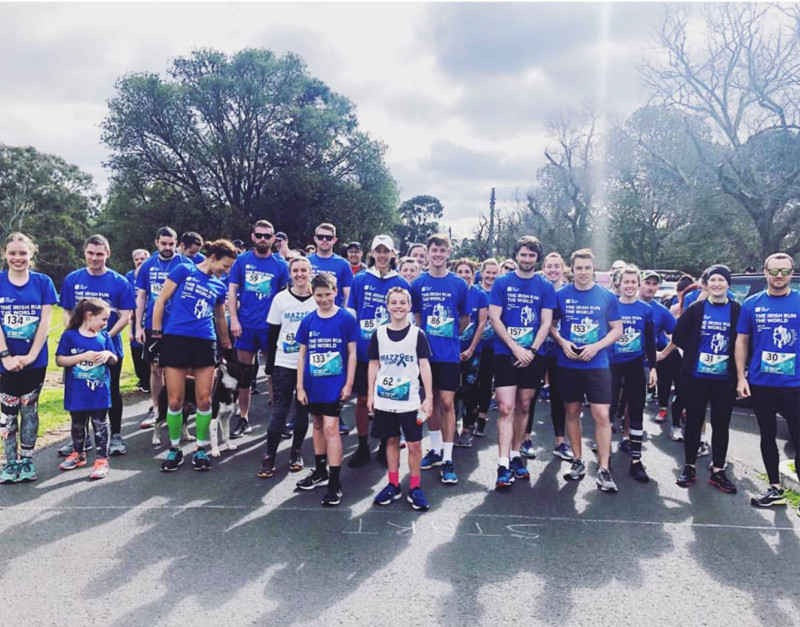 We invite everyone to join us to run, walk, with a dog in tow or push the pram around the course!

And the post-run BBQ tradition will continue along with refreshments!